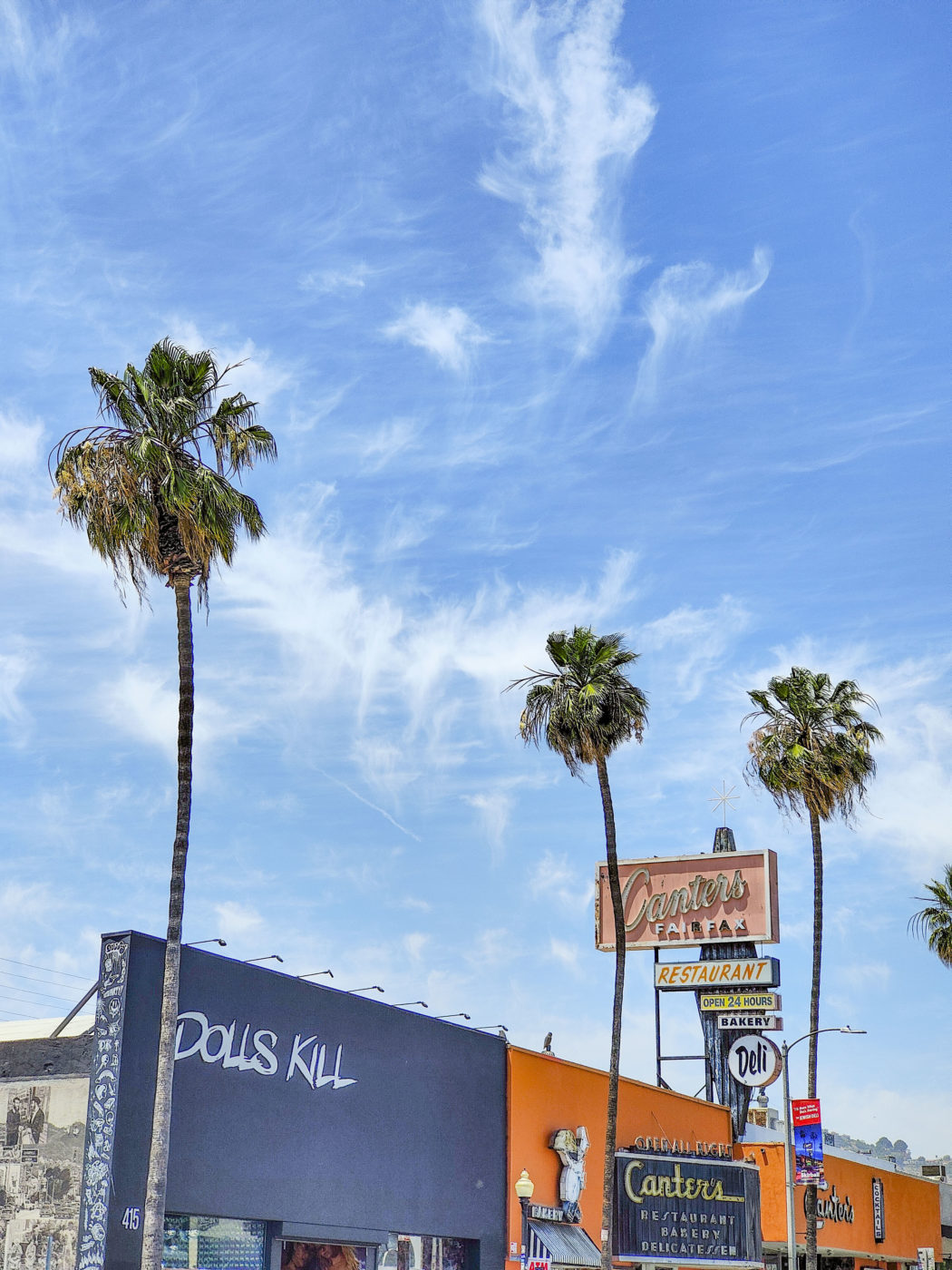 Here’s my LA tavel guide after a 5 day trip there..

Before the Covid lockdown, I would visit every other year, so it’s lovely to go back again. 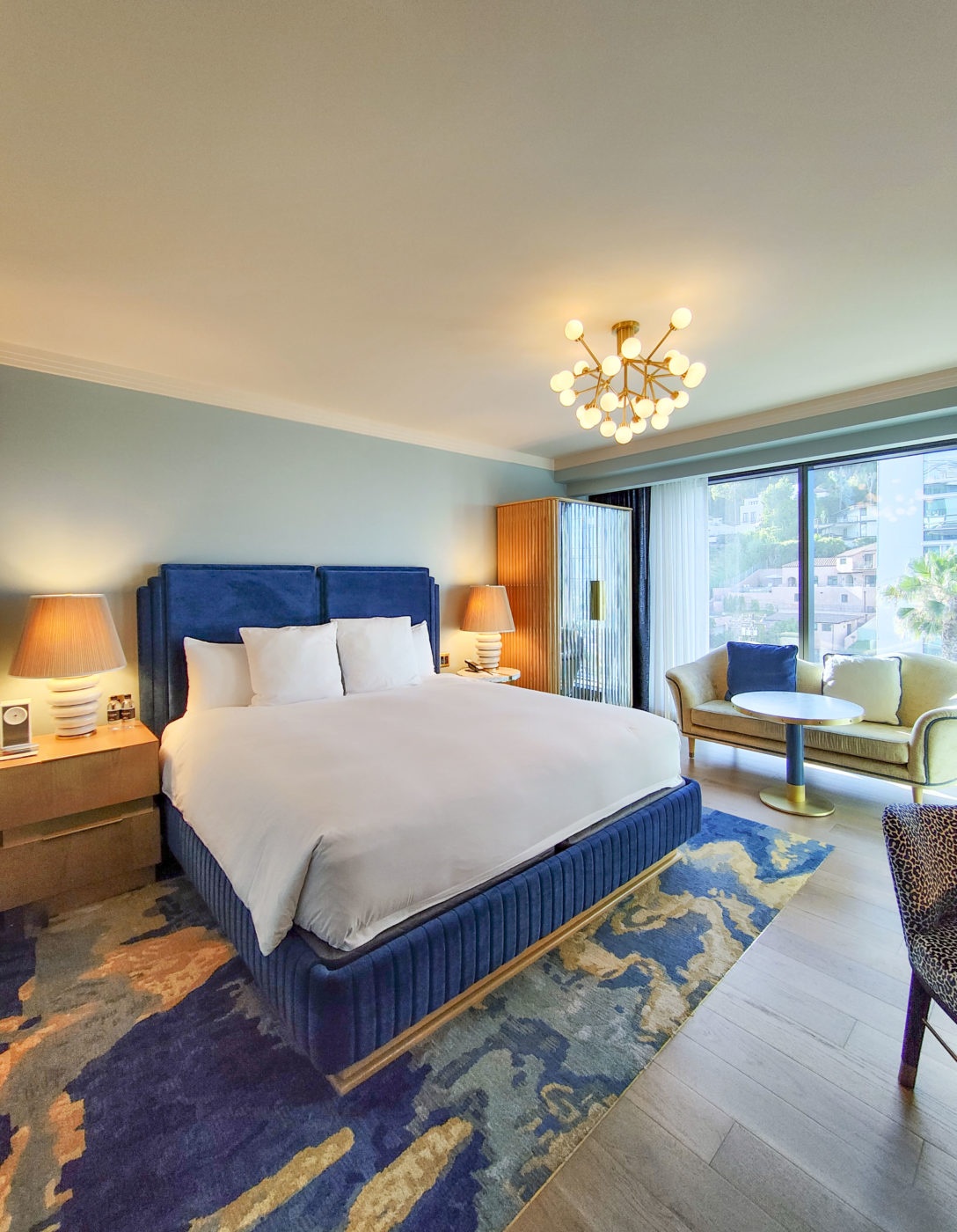 I tend to like to stay in the quieter more residential area of West Hollywood rather than the bustle of Downtown LA when I visit.

The room was large, comfortable and fully equipped with a bar and Chrome cast TV for some bedtime Netflix Stranger Things 4 viewings. 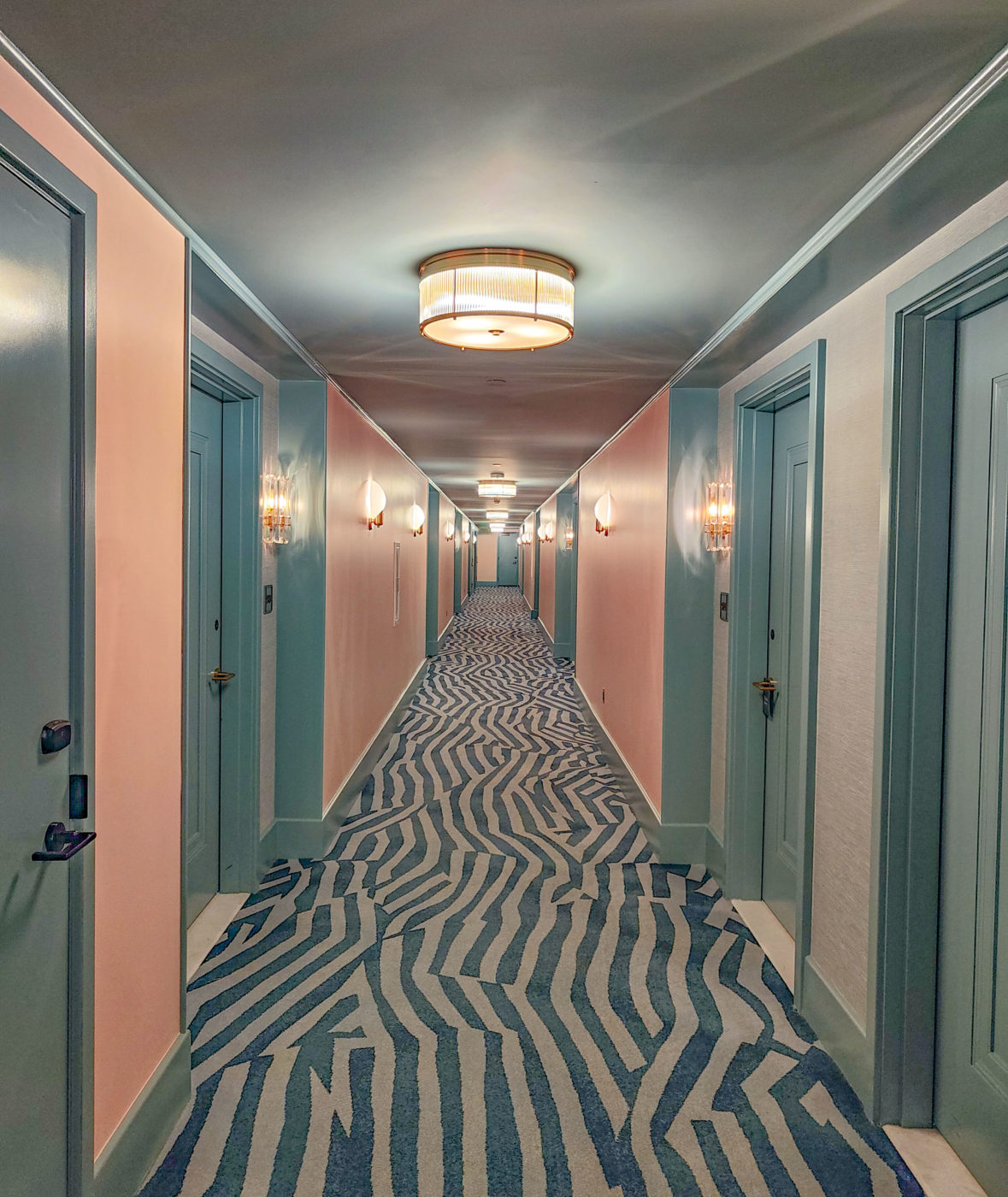 I love all the pastel hues combined with brass, a prominent feature of the decor throughout the hotel. How cool is this corridor? Love it! 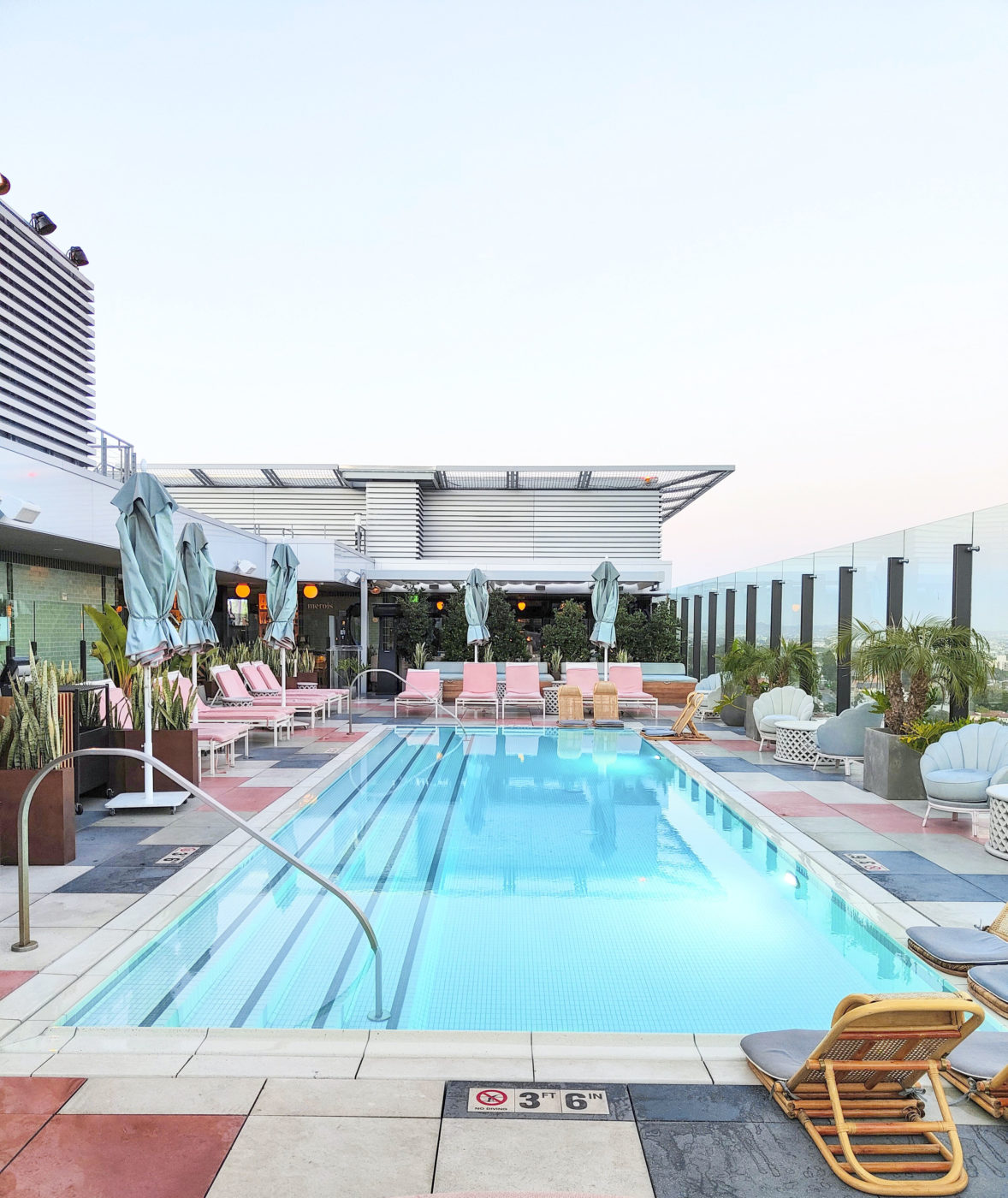 On the rooftop was a pool with an impressive view over LA. The pool was not huge but adequate for dipping in and out of when sunbathing. It was definitely more a people watching spot.

The views by the poolside is definitely a great spot for selfies. As I’m not a selfie person, I enlisted the help of my daughter who is currently studying at uni in California, to be my model for some of my shots. 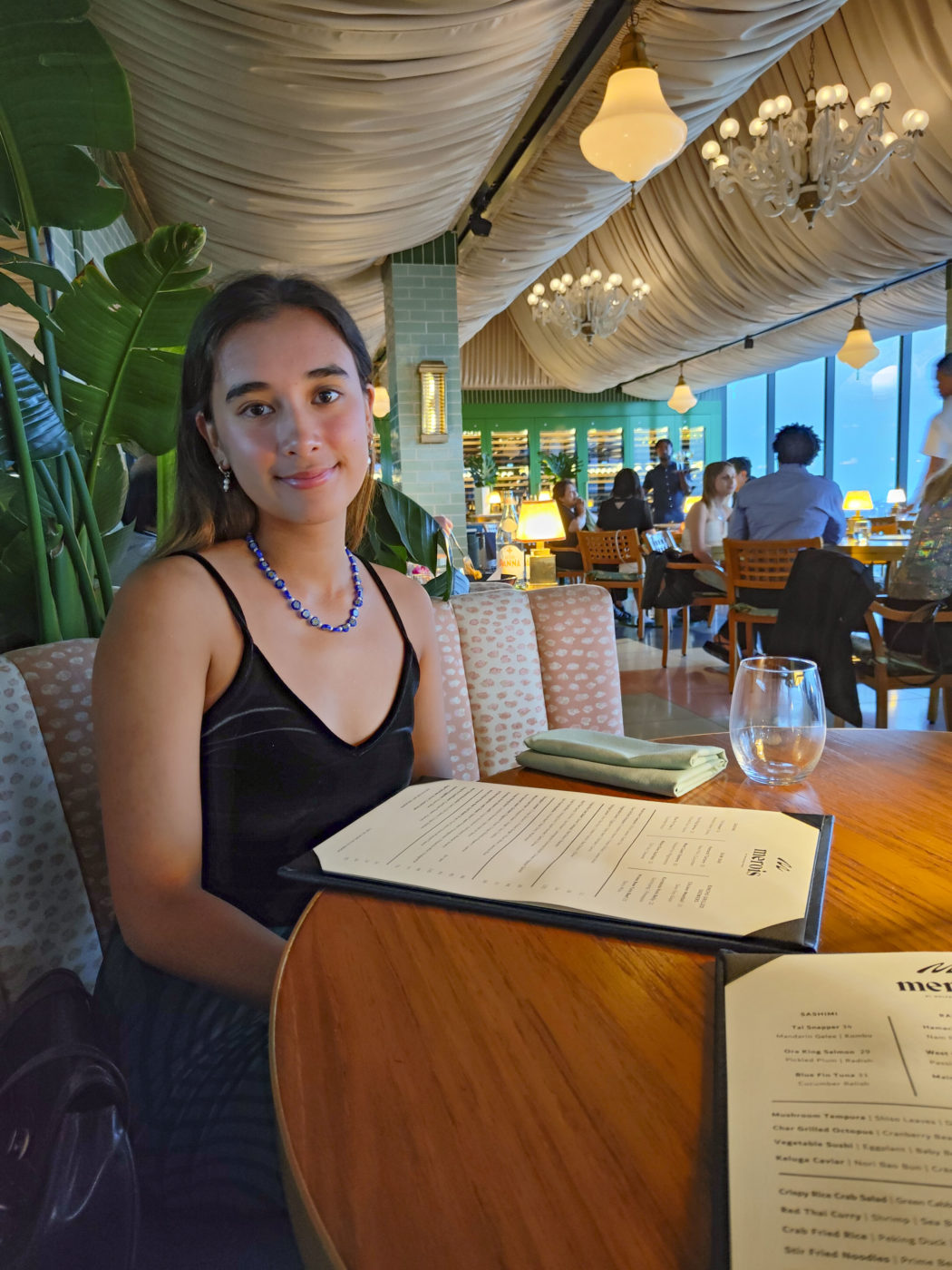 Behind the pool area is Merois, the restaurant and bar by famed chef Wolfgang Puck.

You can get an idea of the restaurant interior here. Love that fresh apple green in the backdrop, the pink upholstered seating and the the gorgeous chandeliers.

It was quite tricky photographing the food as the lights were dimmed. 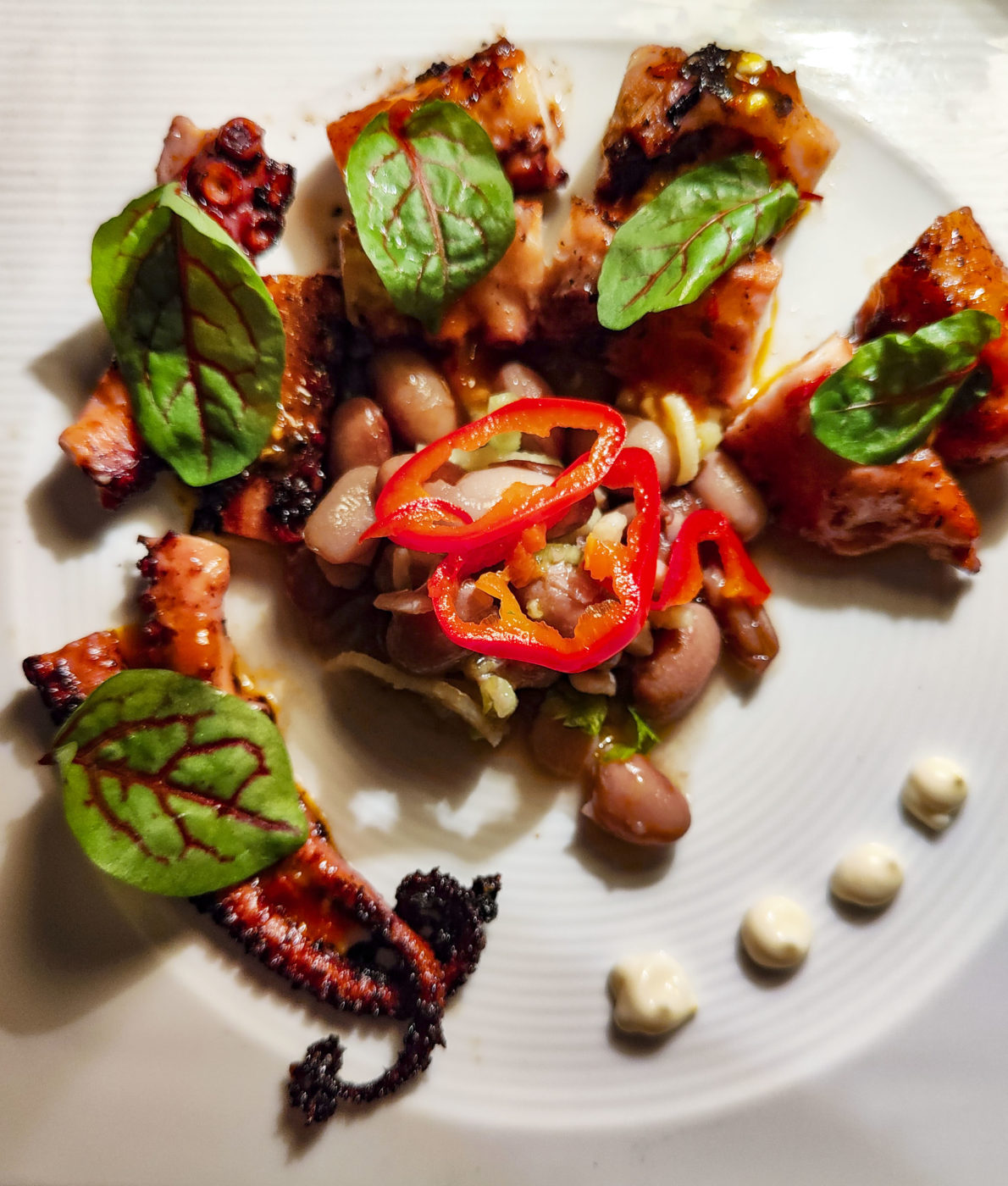 Here’s a photo of the Grilled octopus with Cranberry beans, Fresno Chillies and Lemon Aioli I had. There was a definite Pan-Asian theme to his food and super delicious. 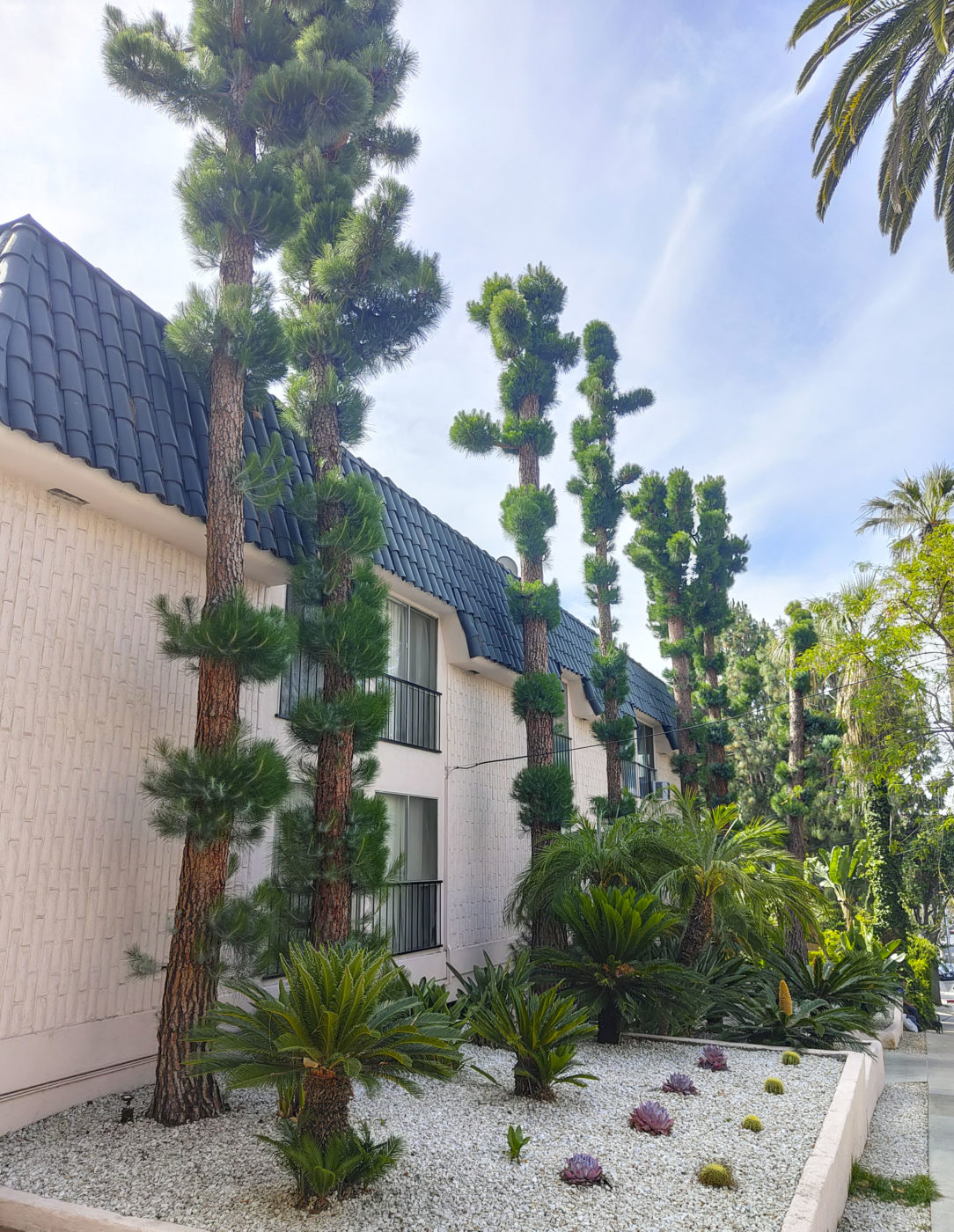 An early start on Day 2.

A picturesque walk down some of the residential streets in search of breakfast.

As the weather in LA is warm, there’s no shortage of beautiful greenery and Palm trees everywhere you turn.

However, one thing I did notice about LA, is that people tend to drive more than walk. This could be because everything is so spread out. A great place to hire a car is DiscoverCars.com .

LA’s public transport service is not as advance as in London. However. I think they may be in the process of building a better underground service soon.

One of the Uber drivers told me that the underground network is a difficult issue because of the earthquakes they get in California. 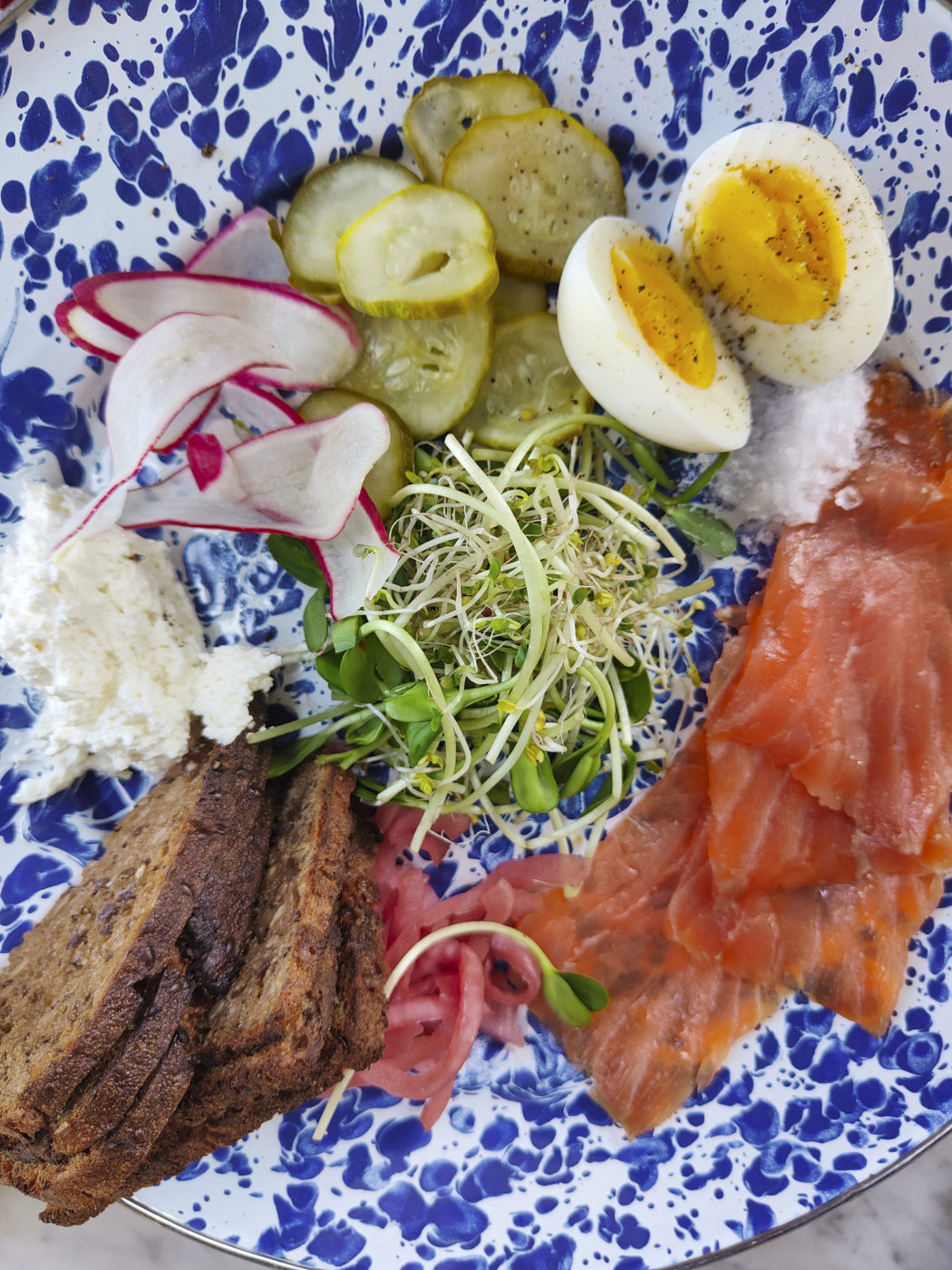 I went for breakfast at Dialog café .

It was so good, and refreshing on a warm day. 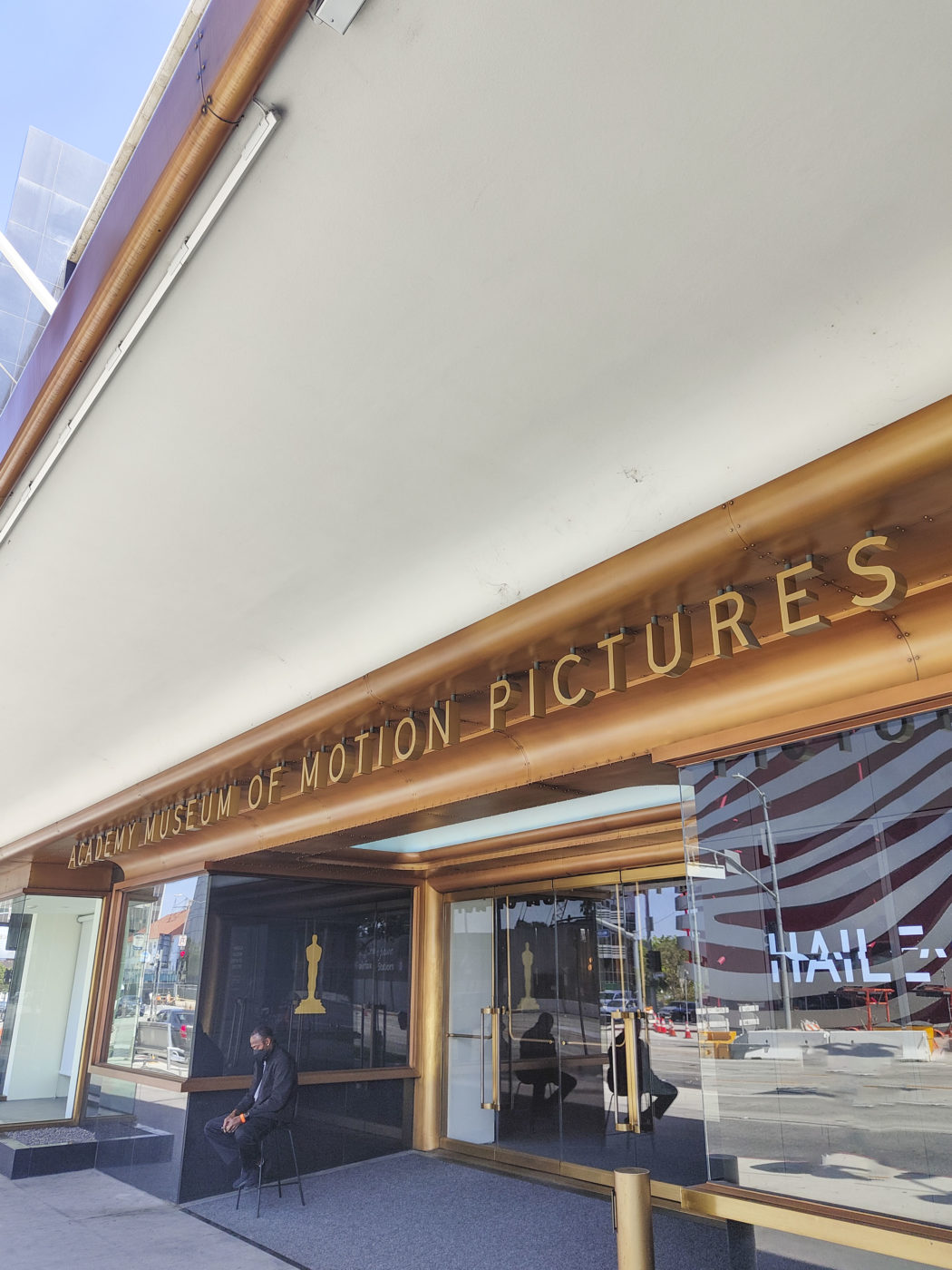 My daughter had bought tickets for us to watch the Hayao Miyazaki exhibition at the Academy museum of motion pictures, so we made our way down to Willshire Blvd. 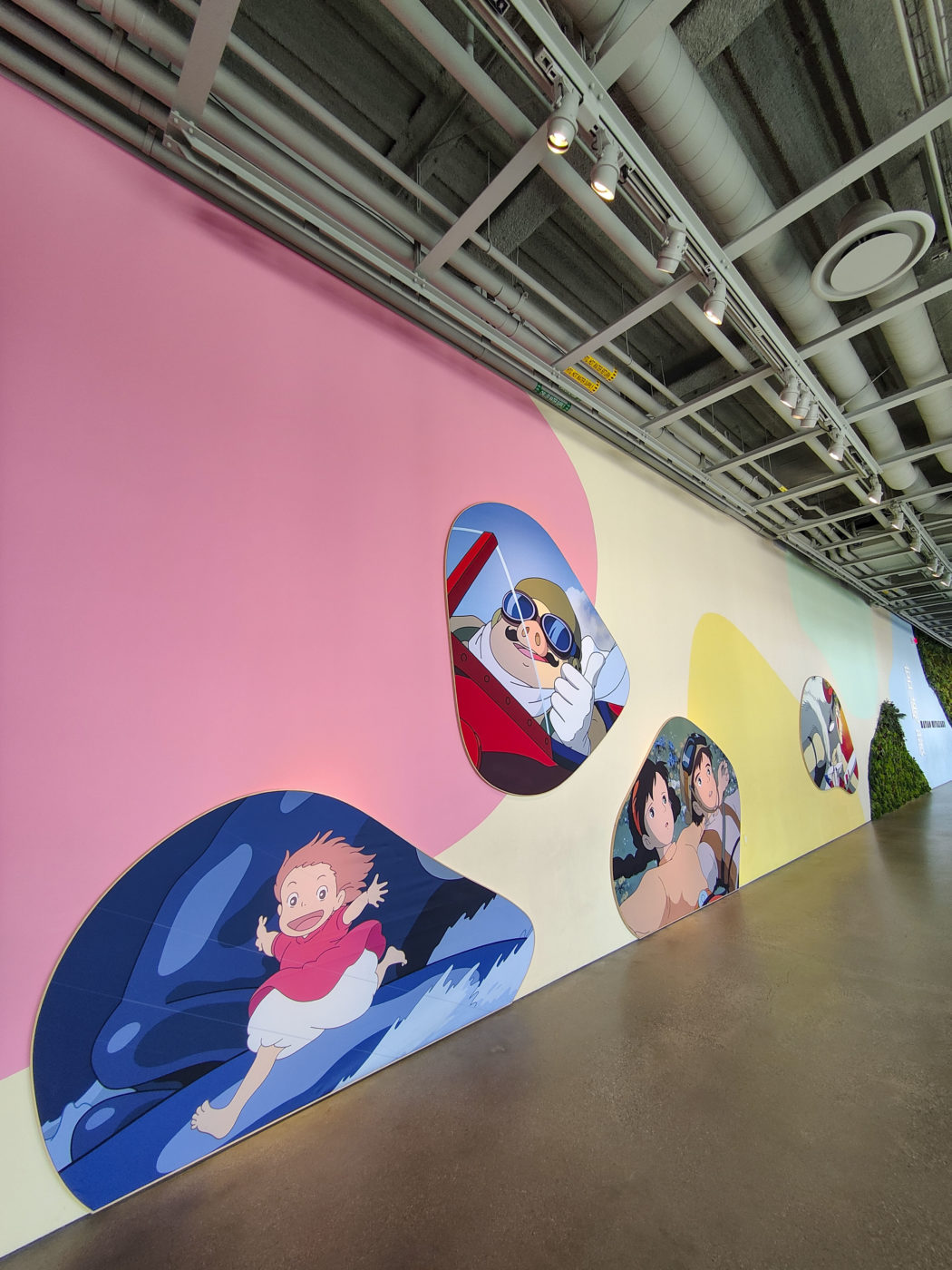 Photography inside the exhibition was not allowed, so I just snapped this outside.

The exhibition was amazing. He is such a talented artist in animation.

There were detailed drawings and paintings inside the exhibition. The artwork was so incredibly realistic, you felt like you were embarking on a journey into a magical world. His work was truly inspirational. 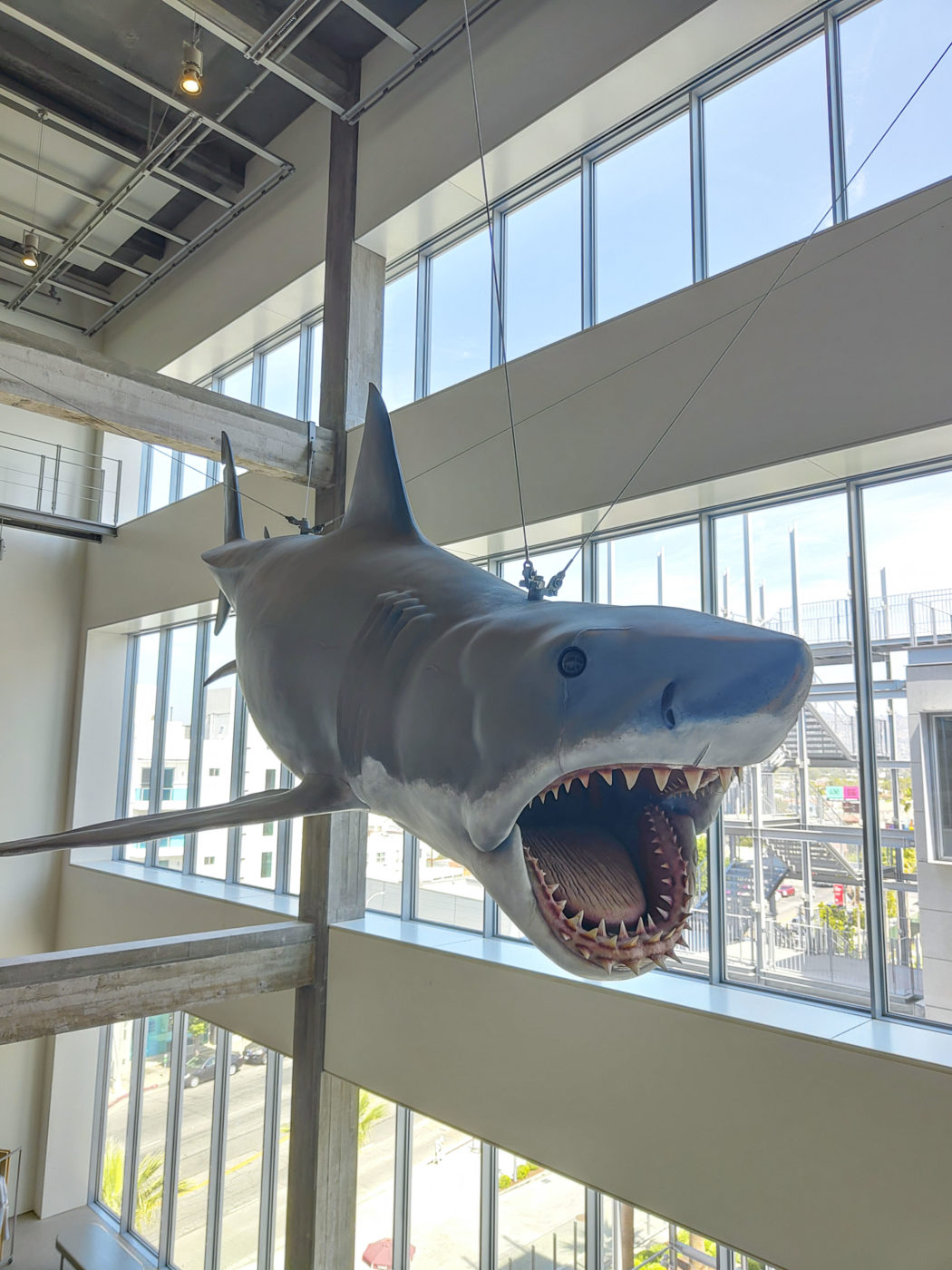 This full scale 25 foot model shark nicknamed Bruce by Steven Spielberg, is the final Great White shark cast from the original mould used for Jaws. This was the only surviving model left, and now is on display suspended at theAcademy museum of motion pictures. 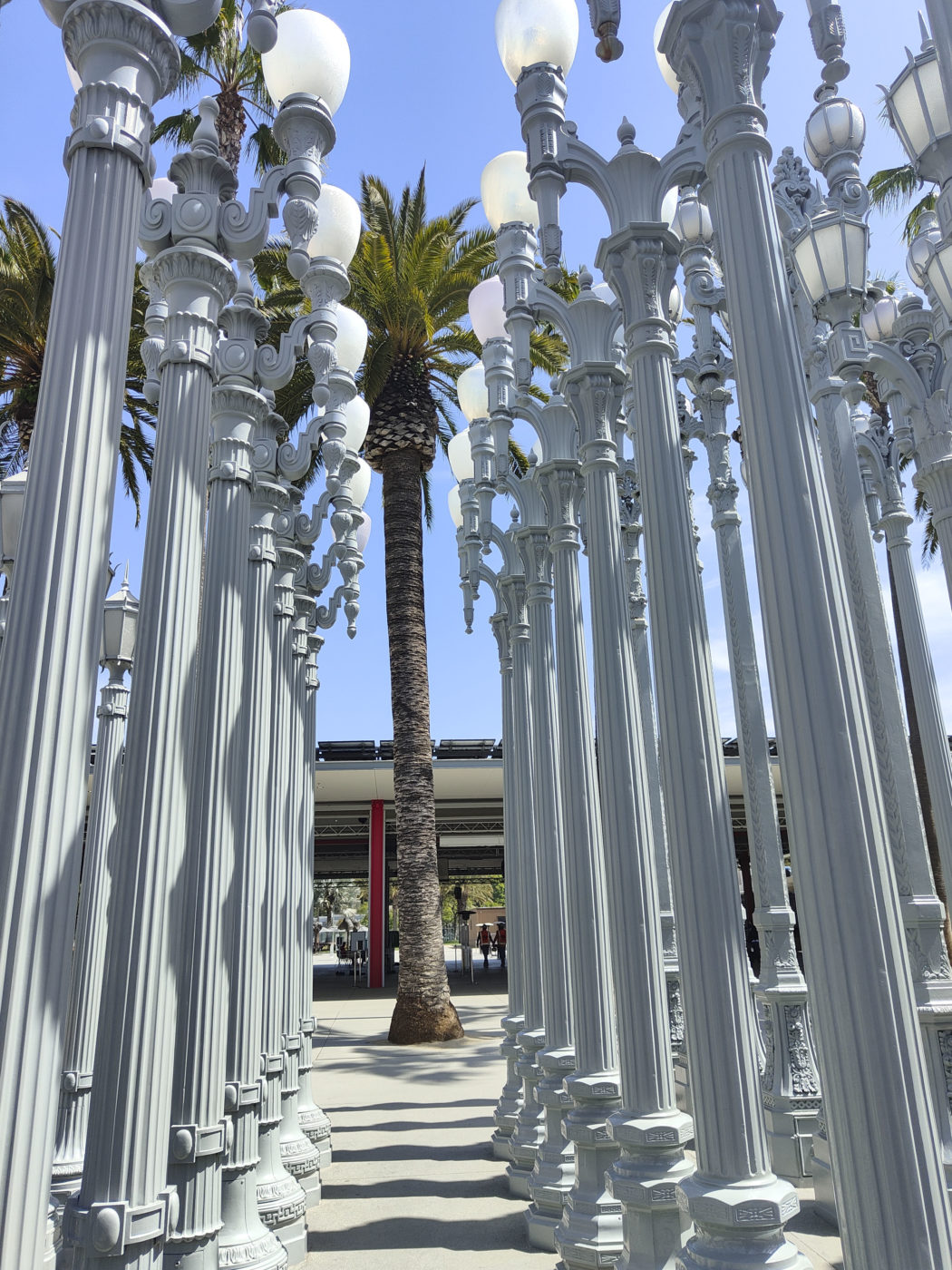 We didn’t go inside, but I took a little snap of “Urban Light “ the assembly of lamp sculptures by Chris Burden. This is a famous selfie spot for tourists. 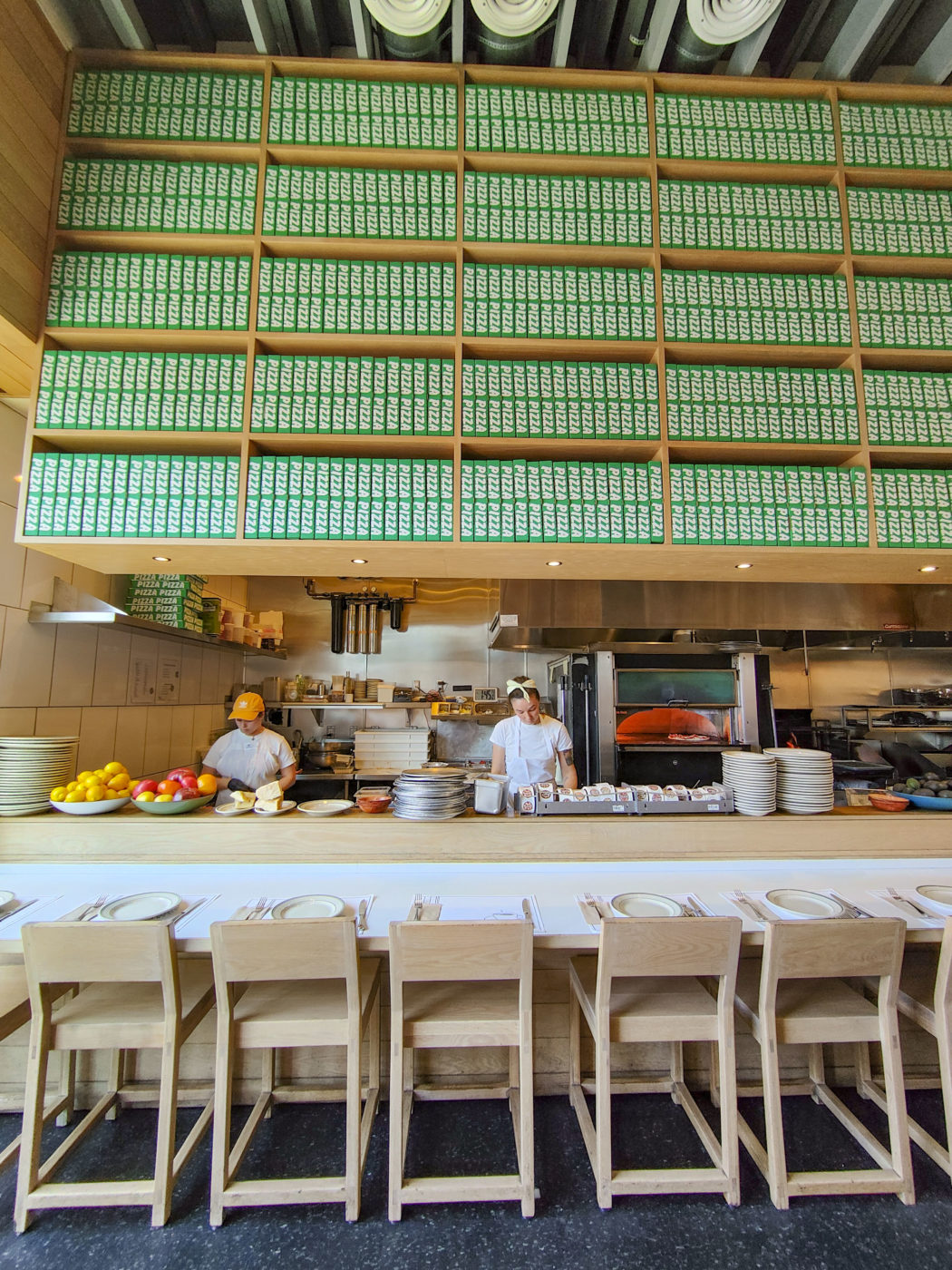 For lunch we went to Jon and Vinny’s in Fairfax. Love the interior with the stacked green pizza boxes. 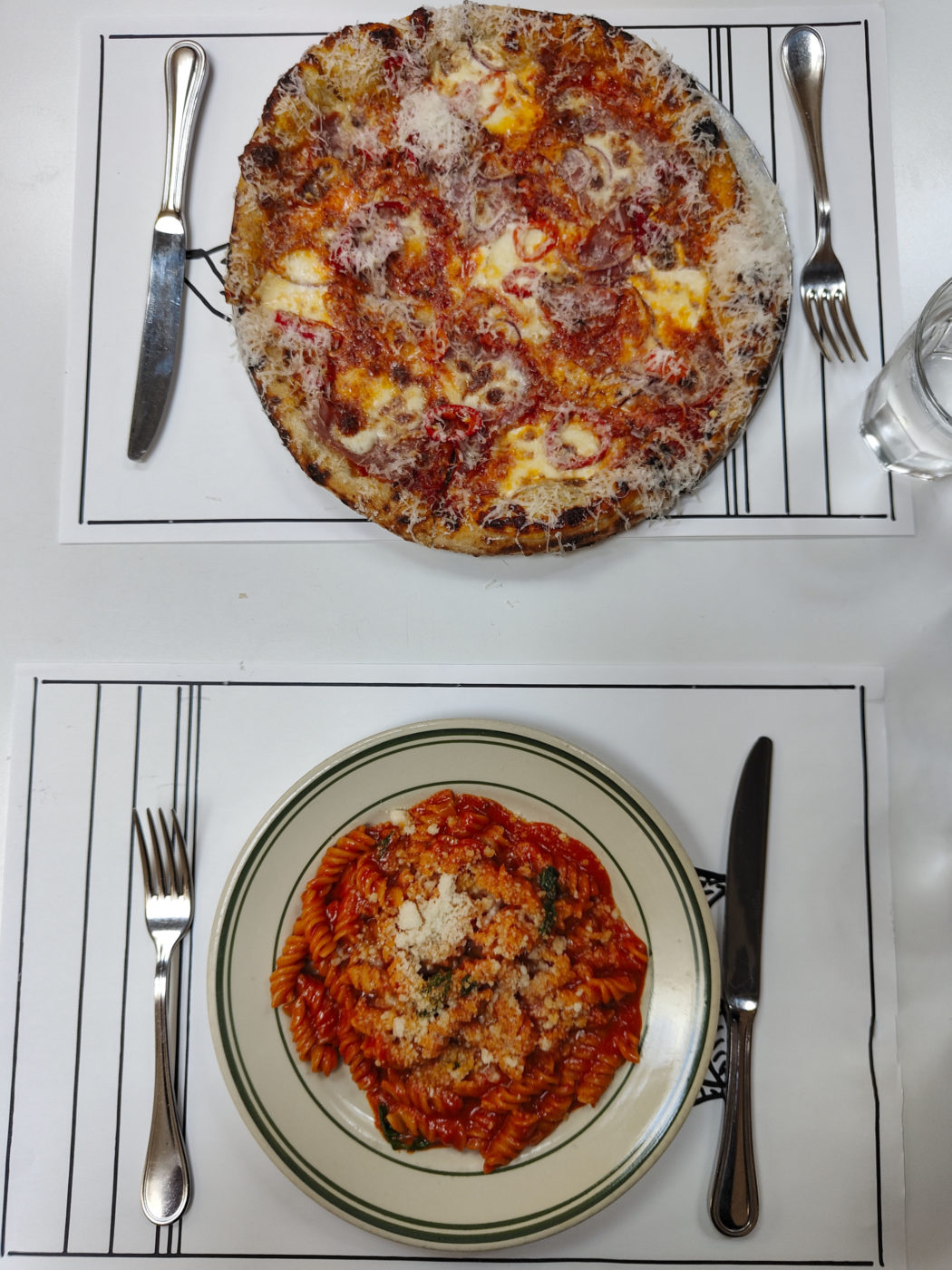 The freshly made pizzas and pastas were so delicious. Be warned that American sized portions are large. 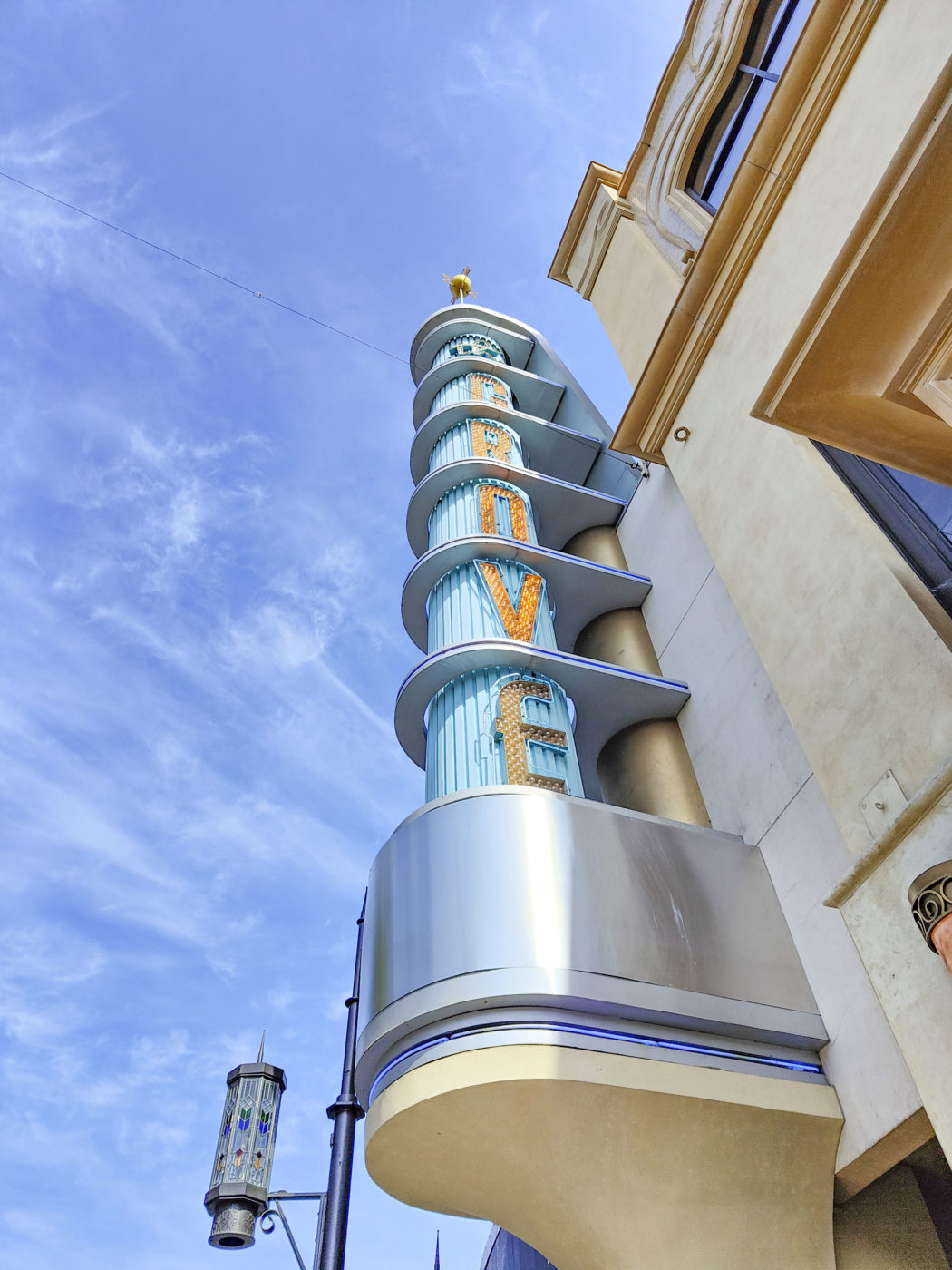 Whenever I come to LA, I love to do a bit of shopping. I decided to pay a visit to the Grove. 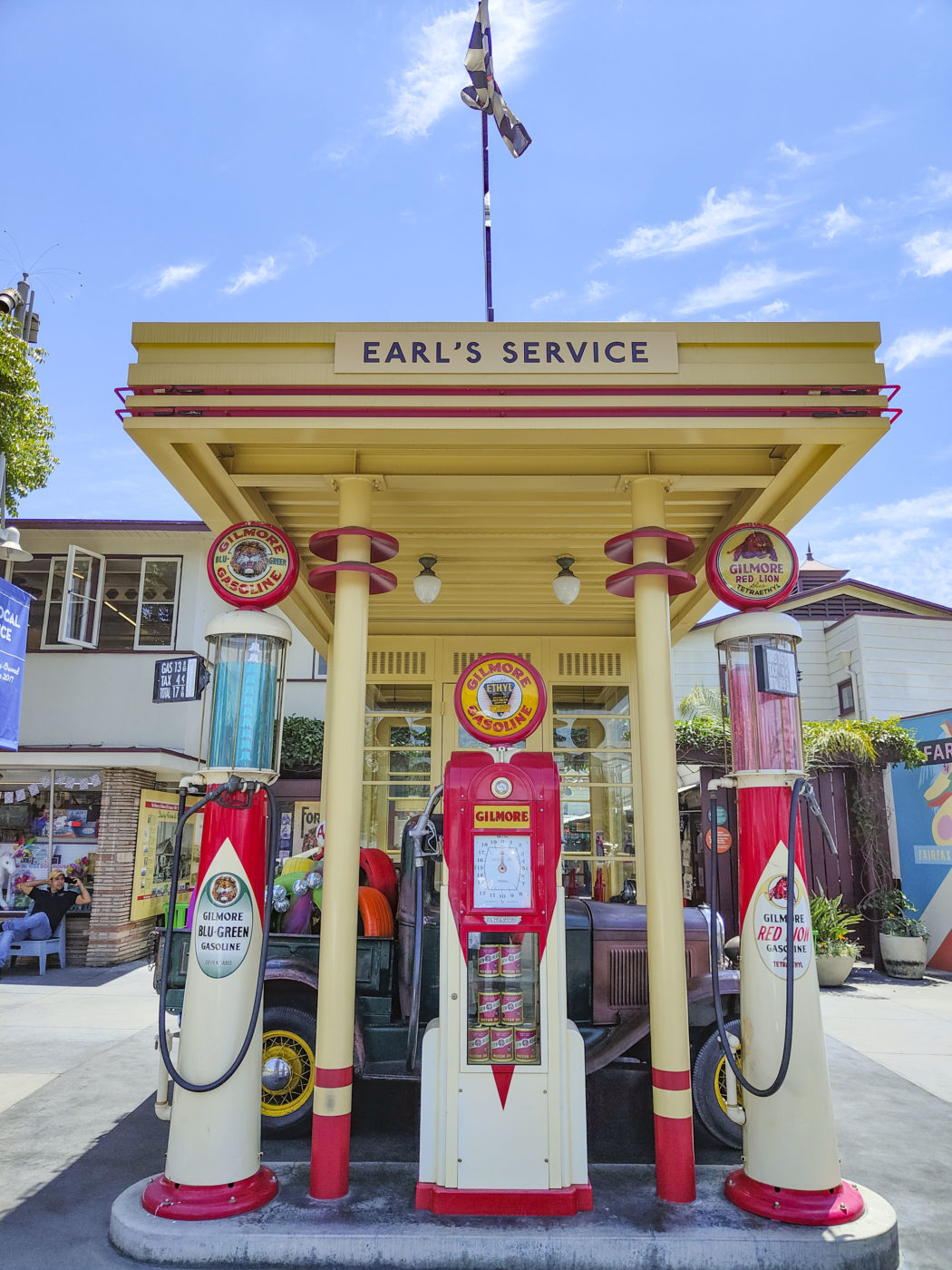 The Grove has a lovely collection of mainstream shops such as Lululemon, Sephora, Nike, Barnes and Noble, Nordstrom, Gap and more. 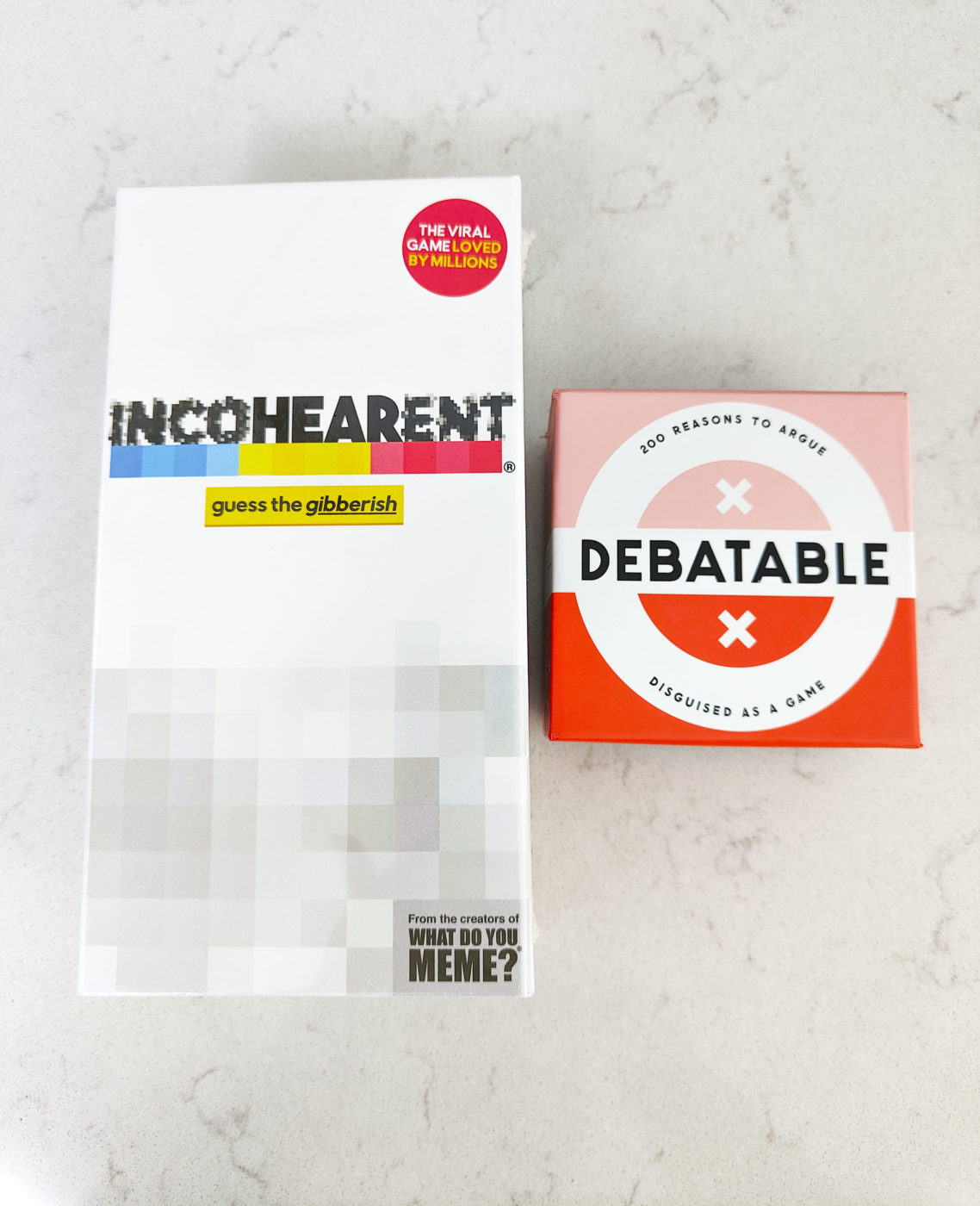 I always love to pop into upstairs of Barnes and Noble to buy some board games they don’t sell in the UK.

I got Incohearent, a guess the gibberish game, and Debatable, a win points for winning arguments game.

They would be perfect for our family time when we go on holiday in Greece. 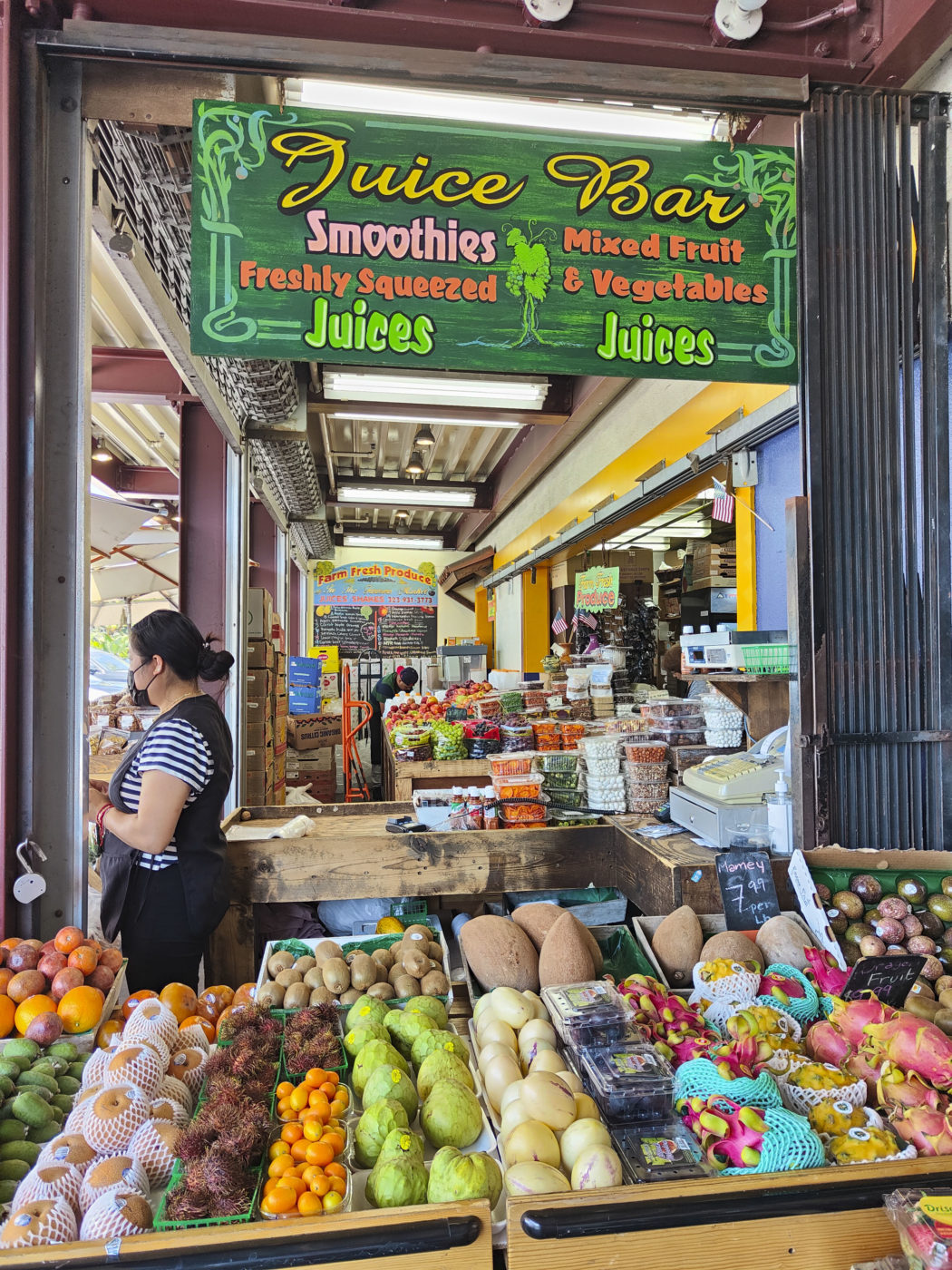 The Grove is next to the Farmer’s market where you can buy an array of fresh produce and eat at their numerous lovely outdoor food stalls. 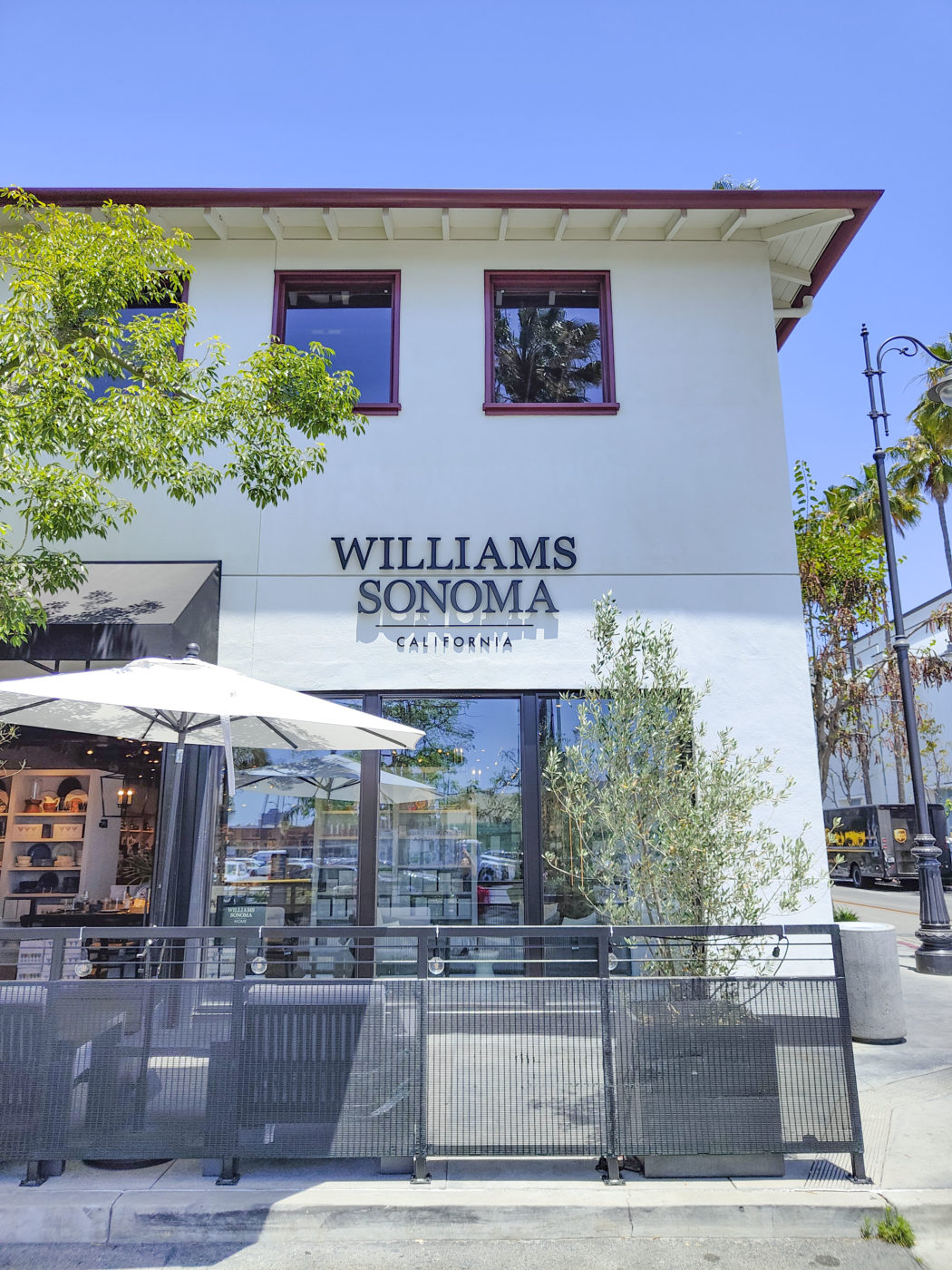 Around 5 minutes walk from the Grove is the William Sonoma store. It’s a shame they don’t ship to the UK. They stock beautiful crockery and cookery items. 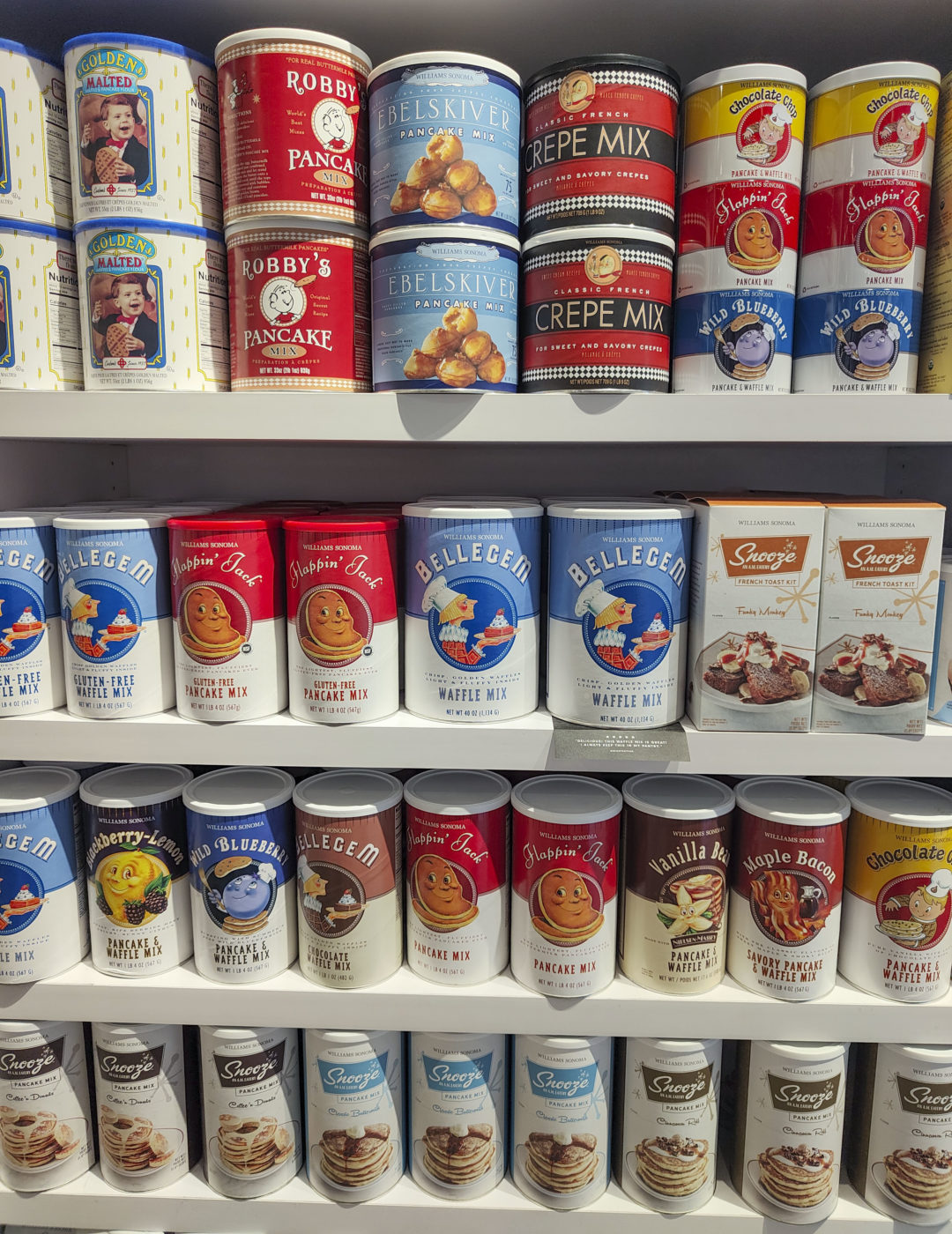 I also love their curated baking goods section too. 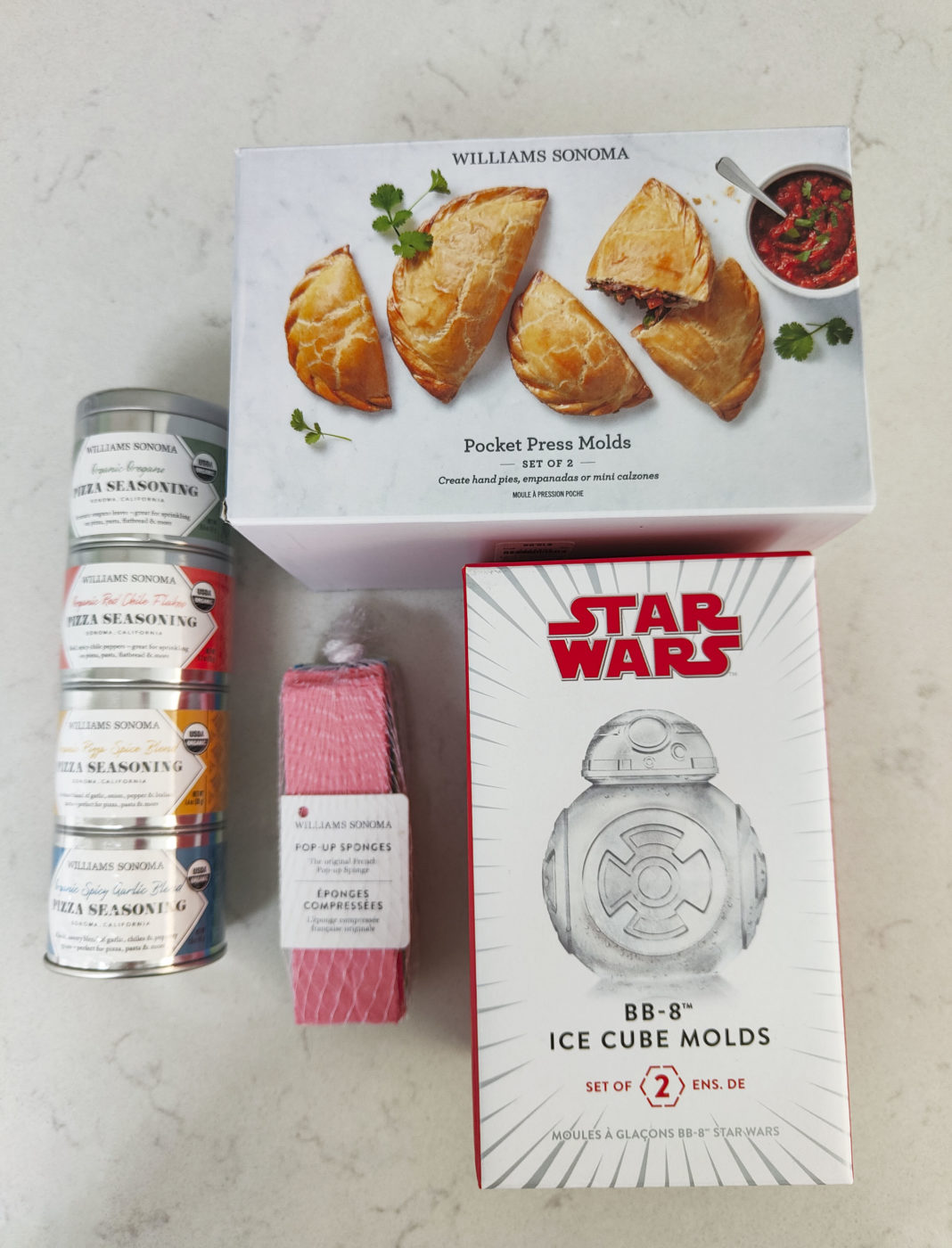 I bought a few fun things, nothing too heavy for my luggage.

The pizza seasoning will come in handy for our pizzas, now that we have an outdoor pizza maker.

I got pocket press moulds to make pies.

That Star Wars ice cube maker will be so fun for Summer, and last but not least the pop up sponges are apparently one of their best sellers, so I had to have that too. 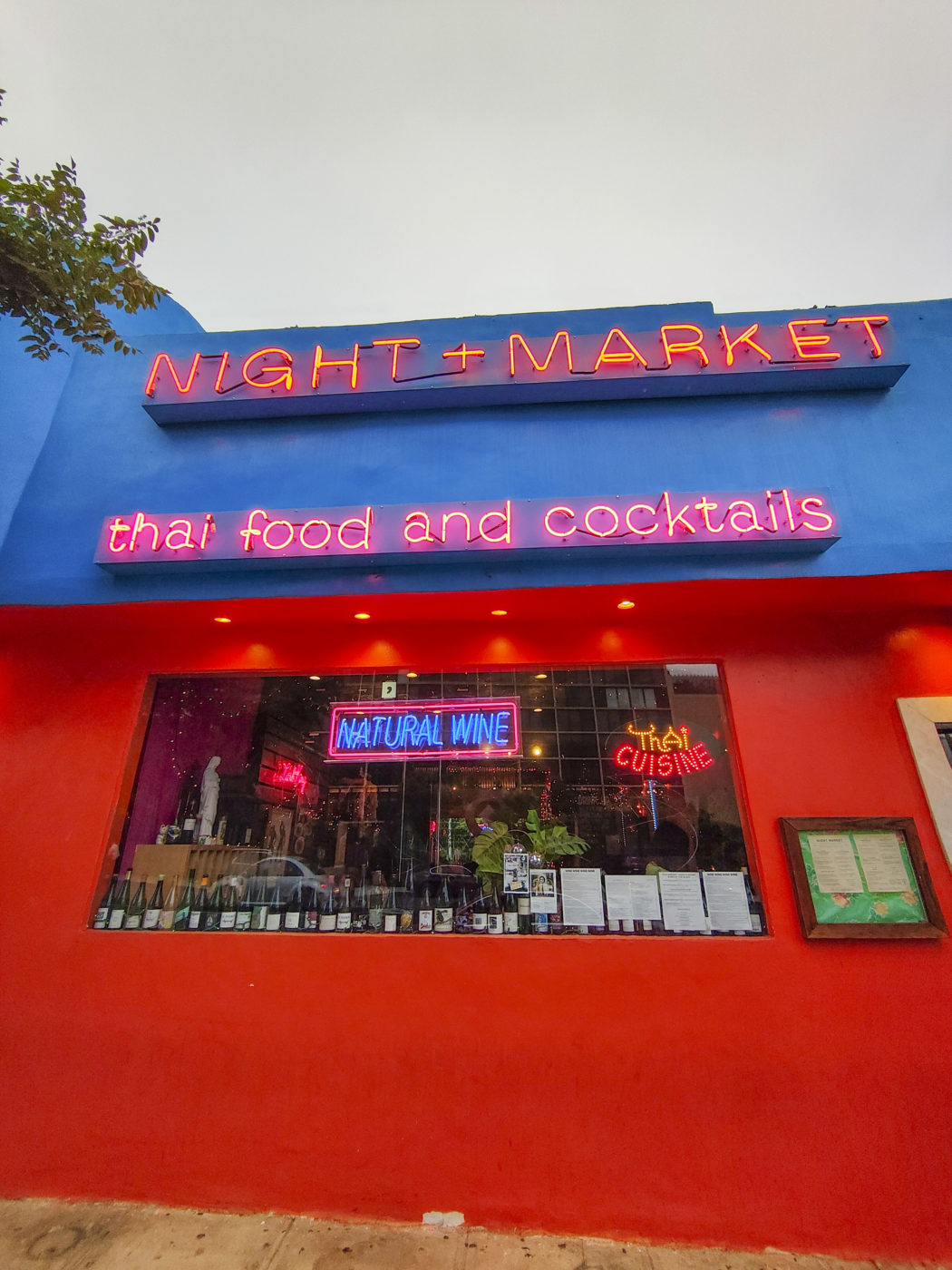 For dinner we decided on some spicy food cuisine, so made it to Night + Market on Sunset Blvd for some Thai street food. 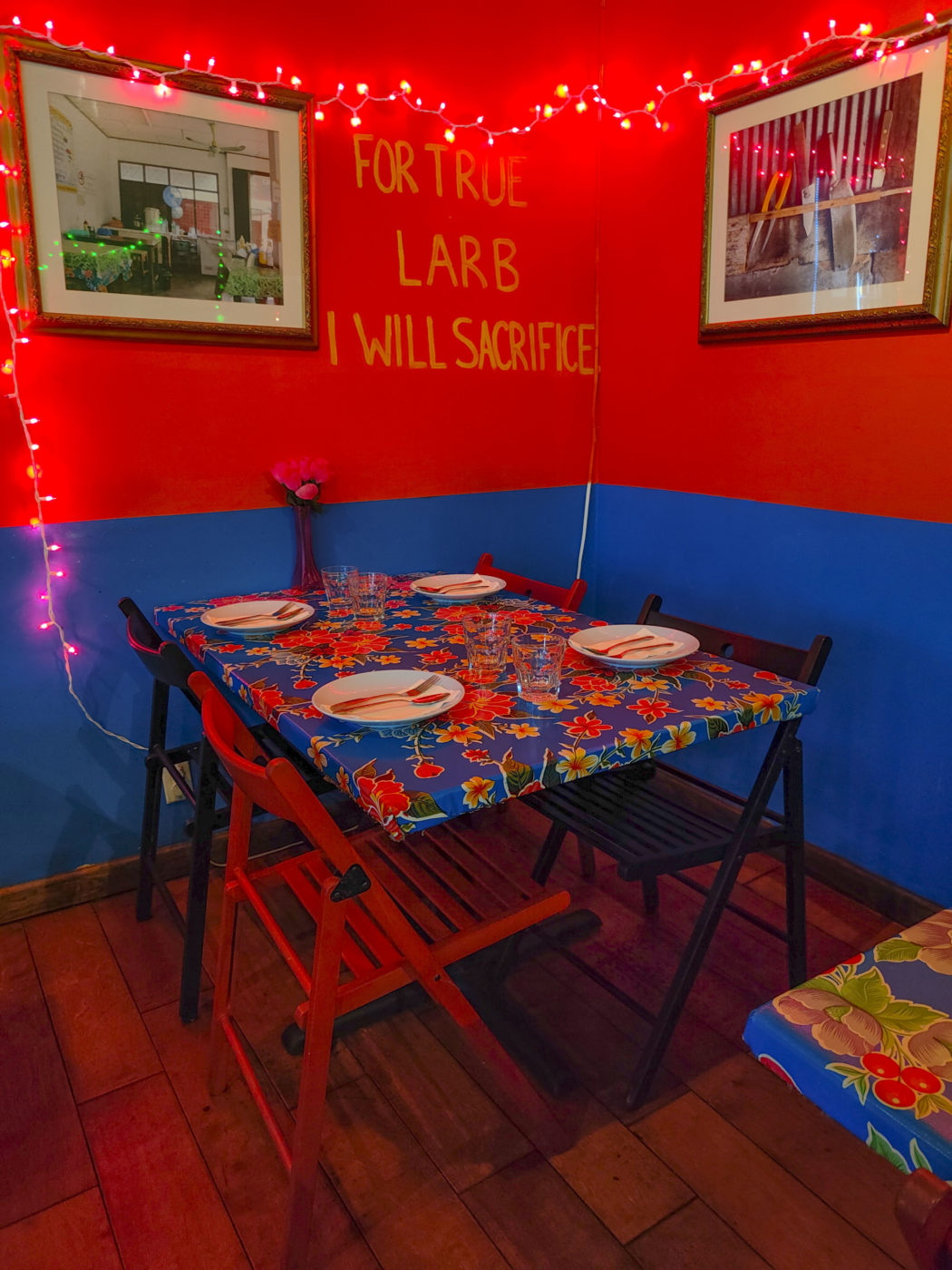 The colours indoors were bright and happy with thumping music to the beat. It really had a night club feel.

As the mural states “ For True Larb I will sacrifice “. That I did. 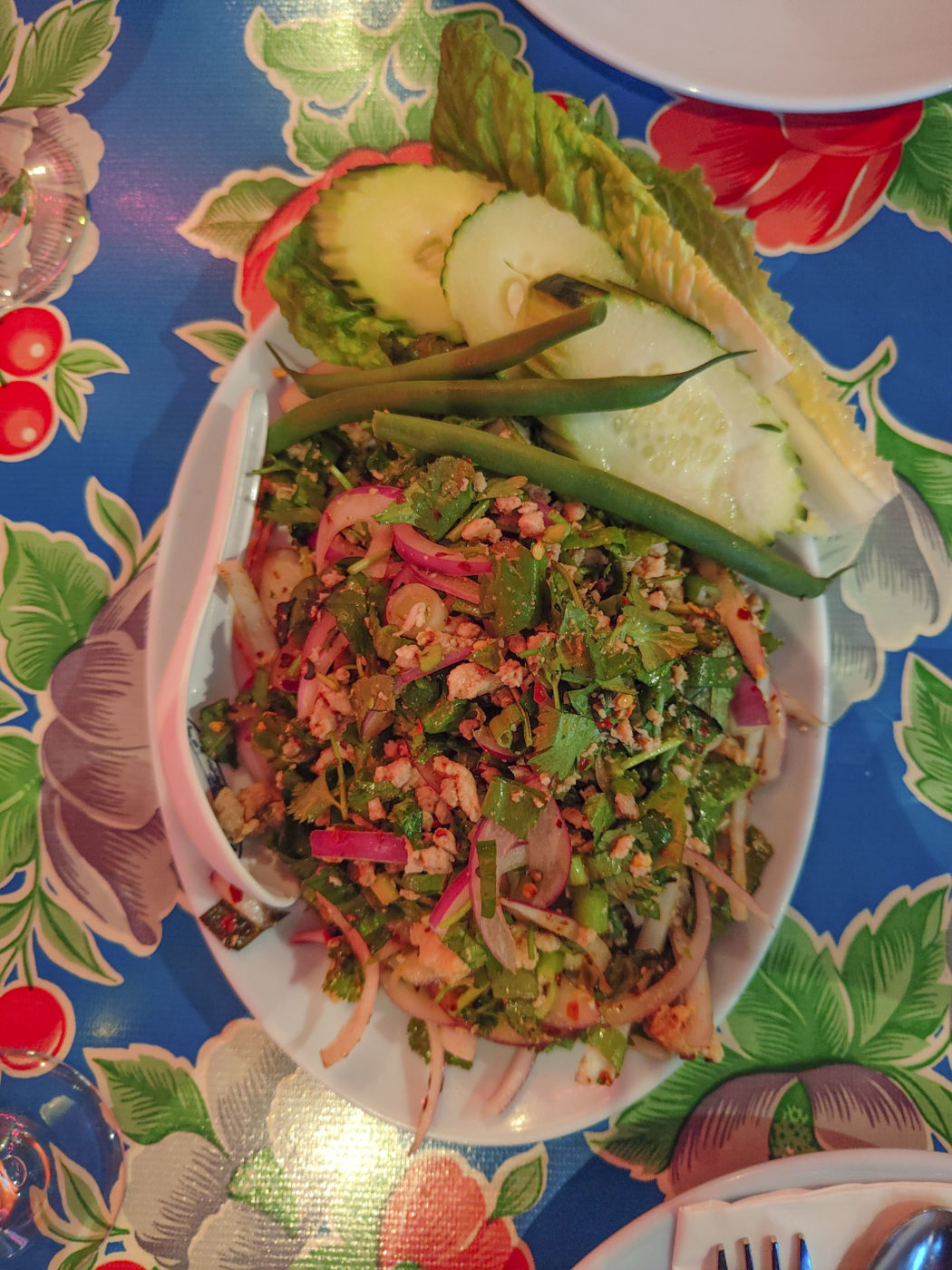 This was my chicken Larb, a spiced Thai chicken mince eaten wrapped in salad leaves.

It was so spicy that metaphorically speaking, flames could have been shooting out my ears. However, it was so delicious and moreish.

I asked for lots of ice cubes.

I also ordered a Massaman sweet potato curry to go with some sticky rice which was tasty, and it took the heat edge off my burning tongue.

Despite the overt spice of the Larb, I still think this was one of the best Thai food I’ve tasted outside of Thailand . So authentic. Will definitely revisit when I next return to LA.

That concludes Day 2 in LA.

Hope you’ve enjoyed my LA travel guide so far. I will be back with a next 3 days’ itinerary soon.